Monica E. Geller-Bing[2][3] is a fictional character, one of the six main characters who appears on the American sitcomFriends (1994–2004). Created by David Crane and Marta Kauffman, and portrayed by actress Courteney Cox, Monica appears in each of the show’s 236 episodes, from its premiere on September 24, 1994, to its finale on May 6, 2004. A chef known for her cleanliness, competitiveness and obsessive-compulsive nature, Monica is the younger sister of Ross Geller and best friend of Rachel Green, the latter of whom she invites to live with her after Rachel forsakes her own wedding. The two characters spend several years living together as roommates until Monica begins a romantic relationship with long-time neighbor and friend Chandler Bing, whom she marries. Unable to conceive children on their own, the couple eventually adopts twins Erica and Jack Bing and moves out of their apartment into a larger house in the suburbs.

Please enter your username or email address. You will receive a link to create a new password via email. 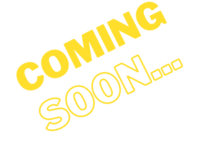 Be the First to view this home!

Register to get a sneak peak and talk to the agent first!